In the past decade, the technological possibilities with and ubiquity of consumer-grade wearables (or commercial off the shelf “COTS” devices) has drastically increased. Combining data from wearables with cognitive testing can help researchers better understand physiological symptoms’ relationship to cognitive decline.

BrainBaseline’s Rim-to-Rim (R2R) Watch Studies examined real-time physiological and cognitive performance during unsimulated, extreme conditions. The ultimate purpose was to enable military personnel to target early symptoms of declining performance that can, in turn, allow for more rapid intervention. BrainBaseline began these studies in 2015 as a partnership with the Sandia National Laboratories, with funding by the Defense Threat Reduction Agency.

As background, the Rim-to-Rim (R2R) trail is a 24.2-mile hike from the South Rim to the North Rim (or vice versa) of the Grand Canyon. Because of the extreme elevation and temperature changes experienced on the hike, it is discouraged to attempt it in a single day—nevertheless, thousands of hikers attempt it every year (Ghiglieri & Myers, 2001) . 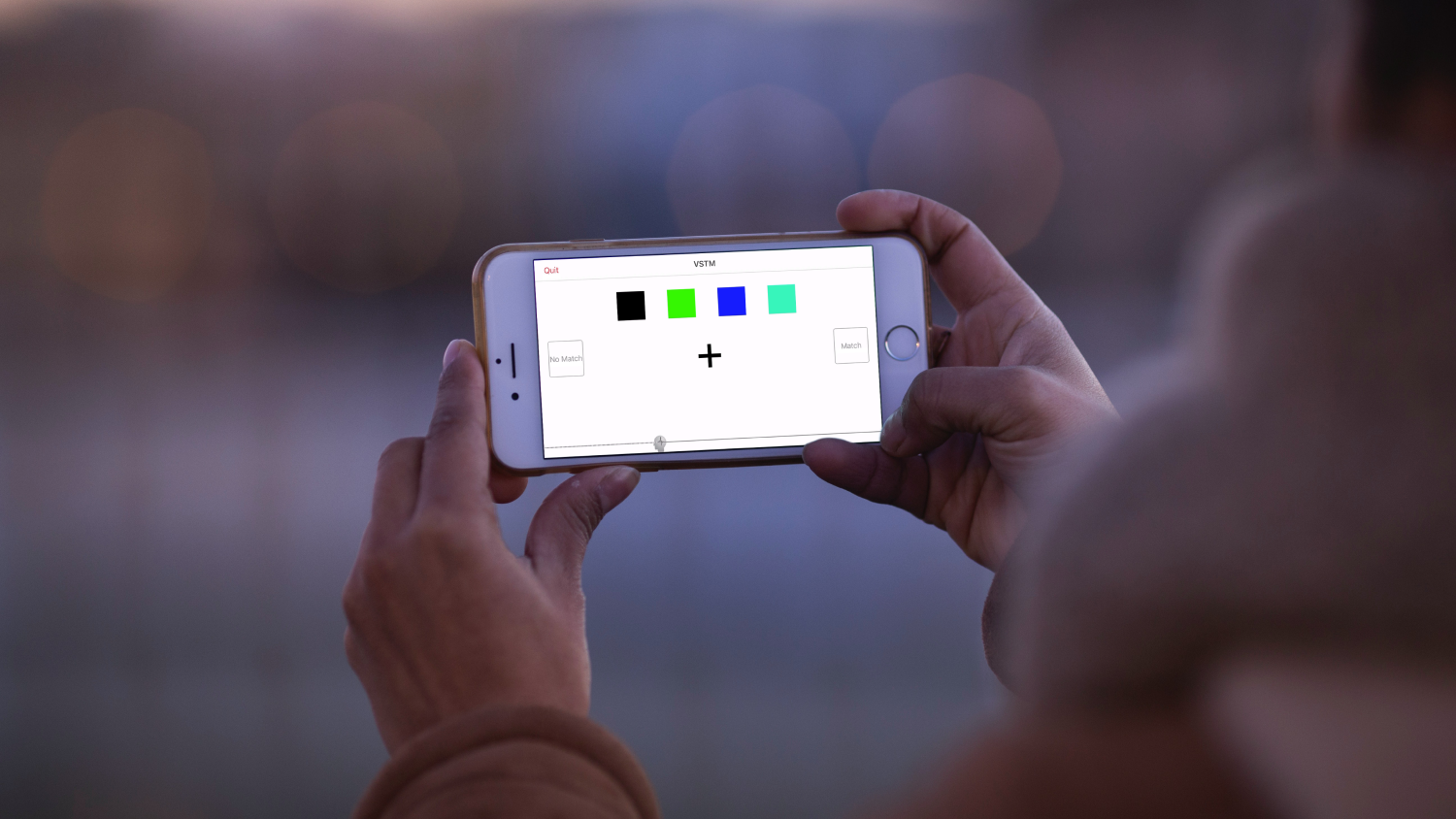 For the pilot R2R Watch Study in 2016, stations were set up at the three major trailheads at the Grand Canyon: South Kaibab, North Kaibab, and Bright Angel. Participants were military personnel, or civilian hikers already planning on hiking the R2R trail. Civilian hikers were asked if they were 18 years or older and interested in participating, and if so, underwent Institutional Review Board (IRB) approved consent.

All volunteers hiked the R2R trail equipped with wearables to collect physiological data, and an iPod Touch to perform BrainBaseline’s mobile cognitive tasks every three hours of the hike. Blood samples were also taken at the beginning and end of the hike.

The customized BrainBaseline application consisted of three cognitive tasks, Visual-Short-Term Memory (VSTM), Flanker, and Go/No-Go, and a fatigue survey. The iPod Touch’s alarm went off every three hours to remind the hiker to take the cognitive battery.

The pilot study found correlations between the physiological data collected by the wearables and the cognitive and fatigue data collected through the BrainBaseline application.

After the pilot, data was collected once a year in three separate studies conducted on the Grand Canyon R2R trail. The methodology remained similar to the pilot, but BrainBaseline and its partners adjusted or iterated details to maximize performance and use.

In Studies 2 and 3, participants enrolled the night before their hike. This allowed them to lessen practice effects by performing three BrainBaseline cognitive testing training sessions before starting their early morning hike. Additionally, for every five miles hiked, participants’ watches buzzed reminding them to perform a cognitive battery. This change in methodology–based in location versus time–allowed for more consistent data, especially given the varied R2R terrain. In Study 3, an additional cognitive test was added, the Balloon Analogue Risk Task (BART), which evaluates risk-taking behavior.

Because of the change in protocol, cognitive test data was only analyzed from individuals in Studies 2 and 3. The participants’ accuracy at Visual Short Term Memory (VSTM) dropped correlating with their increased fatigue. Overall performance of Go/No-Go did not drop. Since VSTM primarily assesses accuracy and Go/No-Go primarily assesses response time, the data suggests that with increased fatigue accuracy crops, but response time does not.