Cognitive impairment is increasingly recognized as a major side effect of cancer and its treatment. BrainBaseline’s ReFLECT studies examines the relationship between cognitive function and lifestyle behaviors, such as exercise and sleep, in women diagnosed with breast cancer. These studies started in 2015 and are a partnership between BrainBaseline and the University of Illinois at Urbana-Champaign’s Exercise Psychology Lab. 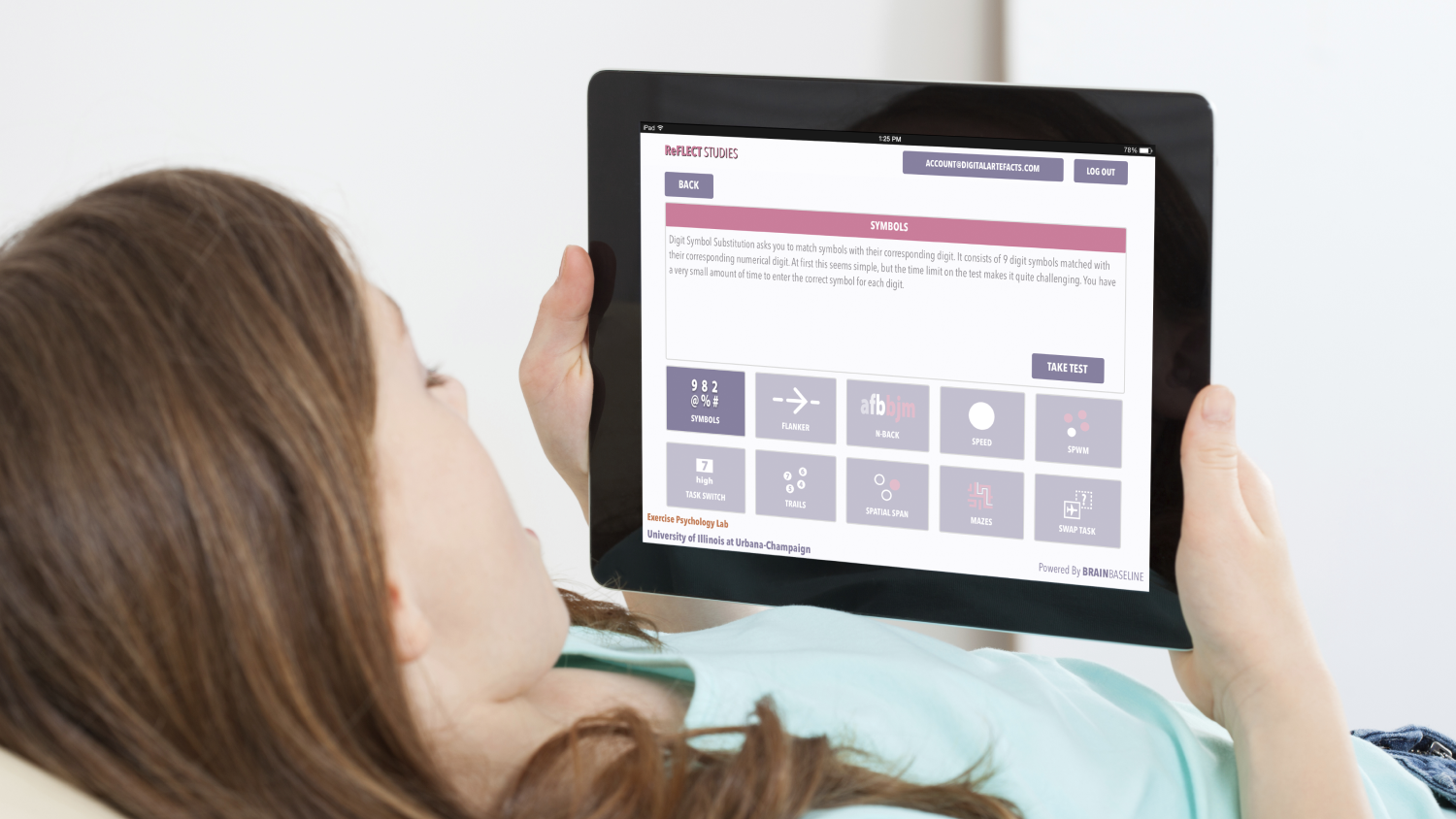 Previous research with Dr. Arthur Kramer at the University of Illinois at Urbana-Champaign had shown that cognitive testing data gathered remotely is equivalent to data gathered under a supervised lab setting. BrainBaseline developed its own eligibility survey and informed consent and added them to our robust cognitive testing library to create the entirely-remote ReFLECT iPad app.

Study participants for the study were women 21 years and older who were breast cancer patients or breast cancer survivors and had access to an iPad. Without ever going to a research lab, eligible participants were able to join the study simply by downloading the ReFLECT app directly from the Apple Store. Recruitment was greatly assisted by the Love Research Army (previously known as the Army of Women).

“The Love Research Army aims to connect women and men of all ages, ethnicities, and locations to researchers committed to solving important breast cancer questions. Our goal is to accelerate and increase diversity in breast cancer research.”

The ReFLECT app included a series of demographic questionnaires and cognitive tasks, administered twice, 6 months apart, that measured processing, executive function, and working memory. These assessments were designed to be completed in approximately 45 minutes each. Additionally, during the study all participants were invited to wear an accelerometer provided by Actigraph, “the leading provider of medical-grade wearable activity and sleep monitoring solutions for the global research community”. 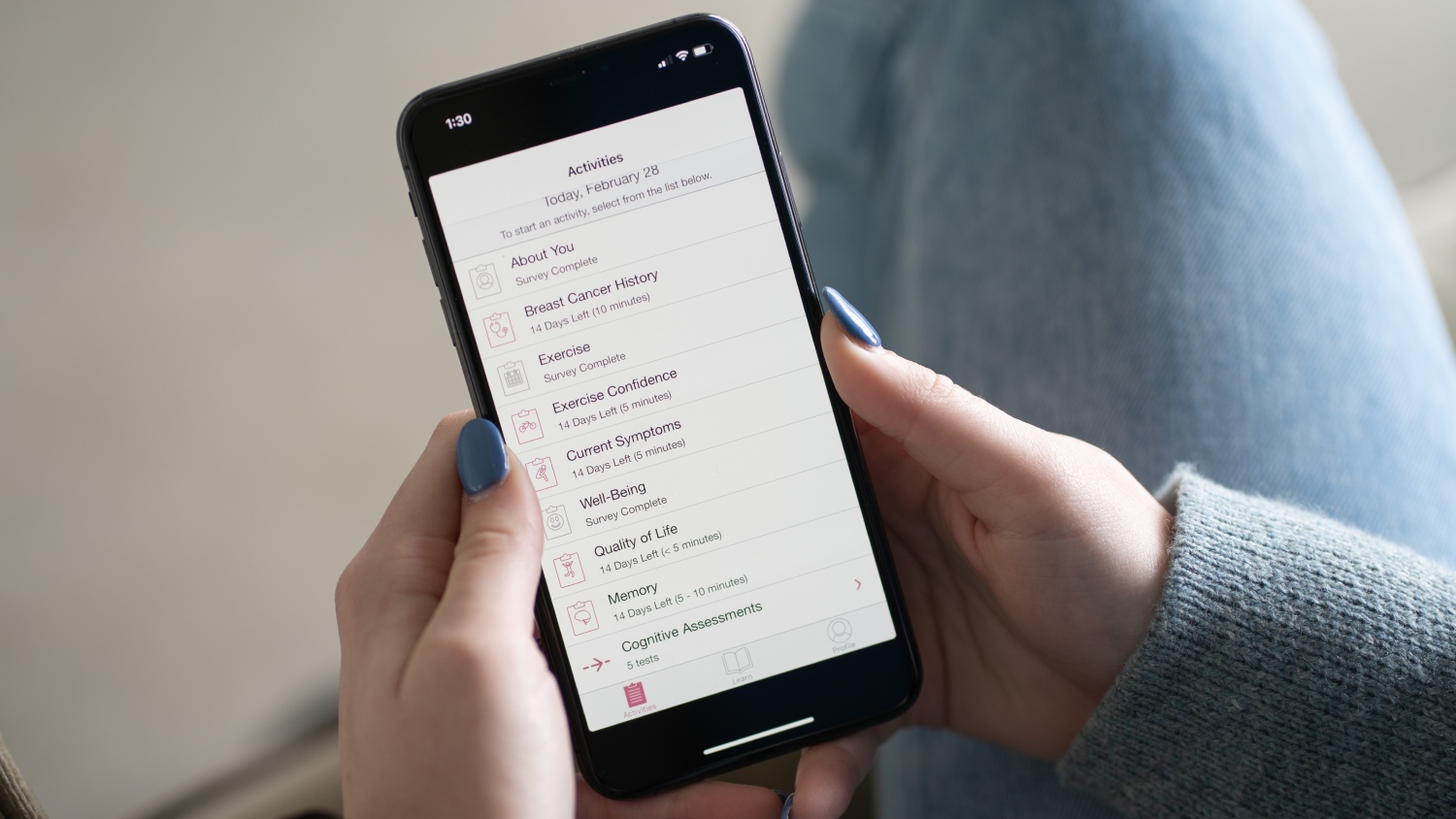 In 2017 a second ReFLECT study (ReFLECT+) was launched on the iPhone with an explicit goal to increase study recruitment among participants from diverse racial and ethnic groups. Apple’s ResearchKit framework launched after the release of ReFLECT, but was incorporated into ReFLECT+. The app is available on the Apple App Store.

An analysis of the study demographic questionnaire, cognitive testing data, and Actigraph accelerometer data showed that moderate to vigorous physical activity decreased fatigue and had positive effects on breast cancer survivors’ cognitive testing performance. These findings directly support the conclusion exercise has a direct positive effect on cognitive health in cancer patients and survivors, and can be recommended as a nonpharmacological treatment for cognitive decline.

Further analysis has since been conducted and provided early evidence that sedentary contexts may differentially influence sleep disturbance and memory impairment in Breast Cancer Survivors.

This study is registered with the National Institutes of Health (NCT02523677)